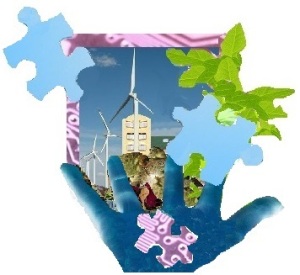 I was thinking, as much as technology is improving life, there are ethical questions of “Who actually benefits?”

Recently an Apple iPad advertisement on television did an awesome pitch showing kids using their devices to complete homework assignments.  It was brilliant!  Its potential was amazing, but then there was the small print regarding an iPad pencil and that made me realize that there were high costs associated with this technology, even so the ad showed a nice diverse group of children.

One could easily conclude that this was perfect pitch.  But when the TV commercial ended the local news came on, about teachers in our community, the cityscapes and economically depressed neighborhoods.   Here too were a diverse group of children, all smiling.  Maybe because there were television cameras in the schoolyard or perhaps, because they were going to get another Snow Day in late March.  But whatever the reason that they were smiling, rest assured it wasn’t because Apple had distributed iPads with pencils into their classrooms.  And it’s reasonable to assume that these third graders had yet to be exposed to real world economics and the inequality that poverty creates.

“A Wealth of Nations” was written by Scottish economist Adam Smith, in his “Inquiry into the Nature and Causes of the Wealth of Nations”.  He wrote about the division of labor to productivity to free markets.  In those scenarios there was a presumed self-regulating economic system that proved efficient at the distribution of goodies, like an Invisible Hand during that century’s industrial revolution..

But the truth is, particularly in today’s digital world, privileged is as privileged does and entities that control the wealth, also keep the wealth.  There is no trickle down effect, but instead a hoarding of wealth, through the use of systemic apathy, in which lobbyists, taxes and monopolies have existential preferences.

And all of this seems very poignant, as we’re entering another industrial revolution, this one referred to as Industry 4.0, in the new Digital Age.  It is a name for automation and data exchange that includes cyber-physical systems, the Internet of things, cloud computing and cognitive computing.  Also referred to as the fourth industrial revolution.

I was thinking, even though we have the capacity to create technology that improves life, how can we ensure that the technology gets into each little round hand, regardless of race, nationality, health or poverty level?

Hello Apple!  How about you make that difference, start with iPads with pencils for ALL school children for  $Free.99